Let’s be honest: purchasing a bike and deciding between disc brakes and rim brakes is a very divisive issue among cyclists and bike enthusiasts. That’s because both of them have their pros and cons and specific usages depending on your needs.

With that said, should you get a rim bike or disc brake bike? Well, for starters, most people like disc brake bikes due to their appearance, especially on modern bikes. They sure look better when it comes to appearance and also because, with a rim bike, you’ll get your rim soiled and worn out (hence the name) so if you have fancy rims, you’d probably go for a disc brake bike.

However, aside from appearance, performance is important to know. So, with that said, let’s discuss the advantages and disadvantages of each. Keep in mind that the ideal bike brake system that you should get depends on your riding style. Always remember the key factors: 1) where you ride, and 2) what works best for you.

So, how do you decide between disc brakes and rim brakes? Here are some key factors to weigh them out depending on your preferences and/or needs:

The added weight will make a difference depending on what type of riding style that you are doing. Are you going uphill more often or are you usually riding on flat and solid ground? Do you prefer a bike brake that’s not too heavy to carry around? Do you want a brake that won’t add more weight to your bike in general?

When it comes to the weight of the brake system, typically, rim bikes are slightly lighter in weight compared to a disc brake bike. This weight comparison will make a difference when it comes to hill racing where you’ll want to have a lighter bike to ride on to avoid making the bike too stiff to handle.

With that said, the lighter the rider, the greater proportion of the overall percentage of mass the bike represents, so if you’re lightweight, you’ll have an advantage riding on a lightweight bike, such as a rim bike. This is why petite riders, especially women, prefer a rim brake bike over a disc brake bike.

However, don’t fret – eventually, due to technological advances, some disc brake bikes will get significantly lighter in weight. That being said, the technology is not there yet so you’ll find most disc brake bikes still a little heavier than a rim brake bike. We’ll have to wait further for new generations of disc brake bikes to come out.

Grand Tour contenders usually go with rim brakes rather than disc brakes due to the weight. Moreover, uphill problems are a nuisance if you have a heavier bike, such as when you have a disc brake bike. Likewise, it’s also difficult to build a bike within the UCI limit that has hydraulic disc brakes.

Bottom line: if you want a lightweight bike brake (and a reduced overall bike weight at that), go for rim brakes instead. The next pointer when it comes to deciding rim brakes versus disc brakes is the comfort level. It’s all YMMV depending on the model of bike that you have. All of us prefer a bike that’s more comfortable to handle but it shouldn’t sacrifice other important features, such as brake safety and effectiveness.

So, why are disc brakes slightly more uncomfortable to ride with? Well, it commonly happens to bikes that were originally made into rim brake bikes. Then, the bike was retrofitted with discs to make it into a disc brake bike.

Due to this mismatch of design, there’s the added reinforcement to cope with the increased brake strain and torsional strain from the caliper from the disc brakes, as well as through the axles. Eventually, this mechanism makes the bike brake stiffer and harsher to operate, making it not too comfortable to ride on.

Bottom line: rim brakes are more comfortable while disc brakes are stiffer due to their design.

When it comes to riding your bicycle, handling is also important. Handling pertains to how efficiently you can make a turn and so forth. The added weight of the disc brake bike also leads to the bike feeling too sluggish to ride on, causing difficulties in handling for the rider. This means that rim brake bikes are typically easier to handle.

With that said, accelerating when you get out of the saddle poses a difficult challenge when you are using a disc brake bike.

However, nowadays, disc brake bikes also tend to have slightly longer chains (most of them, but not all), which gives you a longer trail and wheelbase. This makes it less efficient as a brake due to the design that may affect your handling of the bike.

Many experienced riders will tell you that disc brake bikes will take some learning curve and getting used to before you feel more comfortable with the handling of this type of bike brake. However, keep in mind that not all bike manufacturers are the same when it comes to such handling specifications.

That being said, with the evolution of technology on bikes, some manufacturers are beginning to catch on and lessening the stiffness of a disc brake bike.

Despite the sluggish design of a disc brake bike, there can still be a benefit to it depending on the rider. For instance, the stiff feeling of a disc brake bike also has an advantage if you are a powerful rider; you might enjoy riding with the stiffness from the through axles for an extra challenge. This could also become a workout opportunity for you.

Bottom line: disc brake bikes are stiffer and tougher to handle, which is ideal for those who want a workout challenge. Otherwise, we think it’s better to get a rim brake bike for better handling.

When it comes to braking performance, it’s a matter of how faster a specific brake type reacts. This will significantly affect your downhill ride or descents as safety is a big factor when it comes to riding a bike this way, especially with horrible weather conditions.

While disc brake bikes are the best when it comes to racing and they’re also ideal for getting more control when descending or making downhill passes safer, certain riders might not want to always use their disc brake bike for non-racing purposes so that they won’t wear out easily. Again, this depends on your preferences.

This is where the adaptation from disc brake to rim brake bike becomes a tricky matter since you have to be more careful when using a rim brake bike.

Bottom line: use disc brake bikes for when descents are very steep and tricky or during official races. Use rim bikes on flats or when there’s more uphill than downhill terrain. When it comes to packing bikes into cars or bike boxes, rim brake takes the cake. That’s because you don’t have to worry about slightly bending or knocking your rotors in transit versus how you would handle a disc brake bike.

Many bike owners swear by a rim bike when it comes to traveling. That’s because a disc brake bike might have the rotors catching so you would have to remove the rotors on this type of bike if you plan on traveling with it for long distances, especially with airline travel.

Eventually, this packing problem makes it slightly inconvenient to have a disc brake bike with you as a travel buddy if you’re going off somewhere far. Furthermore, packing and taking out the rotors takes a significant amount of time.

With a disc brake bike, you have to worry about your calipers closing on your rim brakes when you pull the lever. The pistons pop out of the caliper, which is not a pretty sight. Likewise, disc brake bikes also needed to be bled on the other end, which is yet another task to do, which results in added maintenance.

On the flip side, rim brakes are usually easier to maintain because you’re only changing a simple brake cable and housing, or even just a couple of brake pads on a rim brake, so maintenance is not that much of a hassle with a rim brake bike.

However, when it comes to maintenance frequency, disc brake systems are more convenient. When you think about the long run, bleeding a disc brake system lasts longer than having to change cables and pads. Overall, it is a bigger job than maintaining a rim brake bike, but you don’t have to do it frequently.

Bottom line: rim brakes are easier to maintain but more frequently need maintenance. On the other hand, disc brakes don’t need to be bled often, but when they do, it’s a big job.

When it comes to bad weather, disc brakes are the way to go because they aren’t affected by outdoor factors. You can take a disc brake bike out in the humid and muddy ground and not worry about your brakes going bad due to the completely sealed system. On the other hand, rim bikes are more suitable for the summer due to the design.

With a rim brake bike, your cables tend to get easily messed up by outside factors, such as weather disturbances and the like, whereas disc brake bikes aren’t affected by such due to their different mechanisms of maintenance (having a completely sealed system)

You also don’t get rim wear on a disc brake bike, which is an advantage if you are riding on dirty and wet roads. If you have a bike with fancy rims, it’s best to go with a disc brake bike instead to avoid potential damage.

Overall, our takeaway is that rim brake bikes are great for hill climbing and sunny weather while disc brake bikes are ideal for technical descents due to the braking efficiency, and it’s also good for rainy days. That’s why most cyclists have both of them in their garage.

In the end, it all depends on where you are riding and the type of riding. Choosing between either brake type is dependent on the terrain, weather, and the like. Keep in mind that when choosing bike brake systems, it is a unique problem depending on your preferences and conditions. 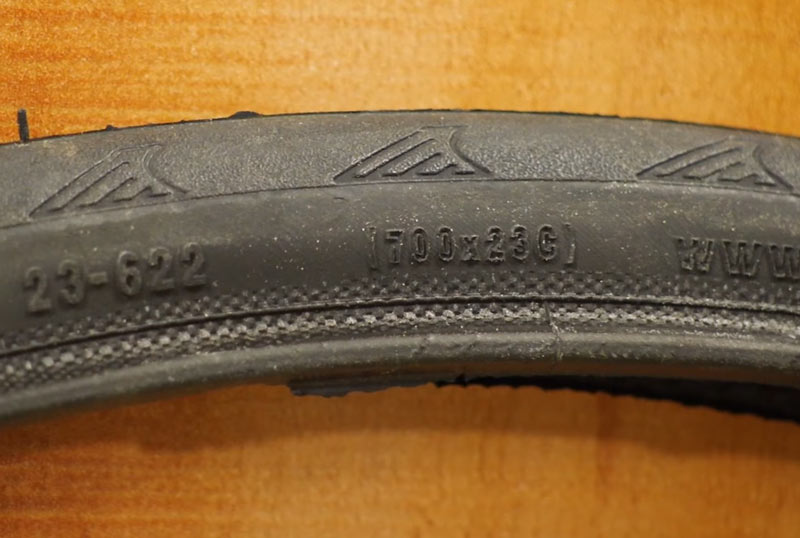 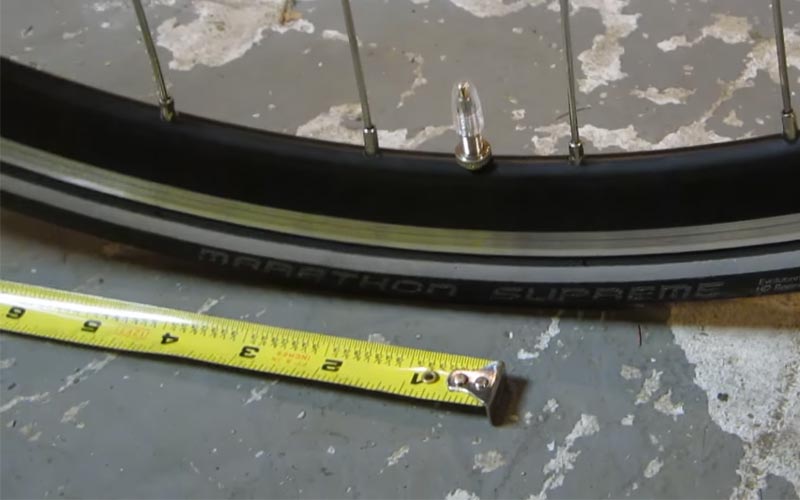